The critical factor of longevity in post-frame construction is a specialization for Richland Laminated Columns, the post manufacturer based in Ohio. The company produces laminated posts, designed to take the place of a solid 6 x 6, offering glulam and nail-lam. They make the Perma-Column precast, are an applicator for the Green Post Planet Saver polyethylene wrap and distribute the Post Protector Sleeve, FootingPad and more.

The company is wholesale only, and sells to traditional lumber yards, truss manufacturers and rollformers. Ed Atwell, outside sales, came on board through a business connection. “Elmer Sensenig started the company in 2005. I was actually in the wholesale lumber industry working for a distribution center down the road,” says Atwell. “I sold lumber to Elmer’s father-in-law, so we had a great relationship. I knew of Elmer and that he was starting the company. A couple years down the road our paths crossed again and I’ve been working for him ever since.” Atwell says Elmer and the company prides itself on being wholesale, for the all-important foundation component. “We focus on the post only,” says Atwell. They are in high demand and he adds that growth is the only difference he sees now versus years ago. They work for several post-frame companies and communicate and execute specific needs for each, but perform their own process. “We’re a precaster for Perma-Column, so we bring the steel in, and we precast and manufacture the product right in house, then distribute right out to retail lumber yards.” He adds they control the manufacturing and sales of their products from beginning to end. But clients Atwell works with have certain standard requirements. Perma-Column’s products, for instance, are ICC-code compliant. “There are certain designs that we have to abide by,” Atwell says. “The product is pretty uniform from precaster to precaster. There are probably eight precasters throughout the country, in regards to Perma-Column, so we are all similar from one to the next.” 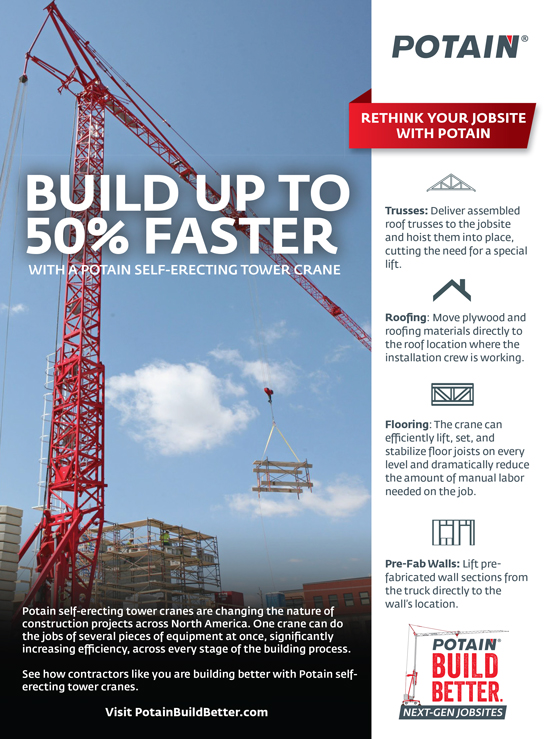 Richland makes the posts and their clients have a choice. There are pros and cons for each, and glulam versus nail-lam is a debatable topic Atwell is used to. He sees benefits in using both. “Your glulam column, structurally speaking, is a little stronger than a nail-lam. It does have some better design values.” He adds that the appearance of the glulam is better. “But, the benefits of a nail-lam are, if you’re going to have a finished-off interior, is the nail-lam post is a little bigger. So, your studs will match up to it; you won’t have to rip your studs down.” Atwell adds the glulam is planed down and smaller. “Studs on an interior-finished barn will have to be ripped down. Your Y bracing on a nail-lam post will match right up to it; on a glulam post they will have to rip those down.” He says the size of the nail-lam is your greatest benefit, despite the overall visuals. “It’s not quite as nice-looking because it’s not planed down as much, but a lot of guys will argue that they don’t need to be to planed down because it’s a post inside of a post-frame building and doesn’t need to be the prettiest in the world.”

Many companies work on projects using Richland’s wood posts above ground. The structural soundness can be a question for some who are not as familiar with the process. “There’s been rigorous testing with that [concrete in-ground] column and that attachment point: You have a 5-foot pre-cast concrete post that goes in the ground and an engineered laminated post on top. So there’s a connection point there.” Atwell added one company – using a similar setup with in-ground concrete posts – no longer puts wood in the ground because of post decay, and that the product has performed over the years. He says they also have thorough third-party testing performed by a timber product company. He stresses it’s important to get the wood posts out of the ground, but they do offer alternatives if going the traditional sub-ground immersion. “They are more of a polyethylene wrap that does require a certain application to avoid some moisture with them.”

Bigger is Better, if Necessary

They work with large projects, some requiring sizable offerings, which are no problem for Richland. “Just being in the field, I’ve seen some basic large projects. I’m sure some of the guys in the shop have seen some crazier stuff. But, our glulam press is designed to go up to 38” on a post. So, we can make a post as big as you would need it.” Atwell says they produce a 5- or 6-ply 2 x 8 as one of their largest. “That makes for a pretty large pole. We have 48’ trailers so we’ve seen some 48’ posts go out.”

The company is no stranger to the ebb and flow of the industry – for 18 years – including seasonal changes, weather, product developments and a mercurial lumber market changing the dynamics. “Last July was probably the slowest month we’ve seen in two years,” Atwell says. “The lumber market had tanked, so that was the major reason.” He adds they still have to keep their product coming and work through industry obstacles. “We have to keep a good flow of lumber coming in; we’re manufacturing poles every day. Regardless of what the lumber market is doing we have to have material to make product. So we have a constant flow coming in every day.” 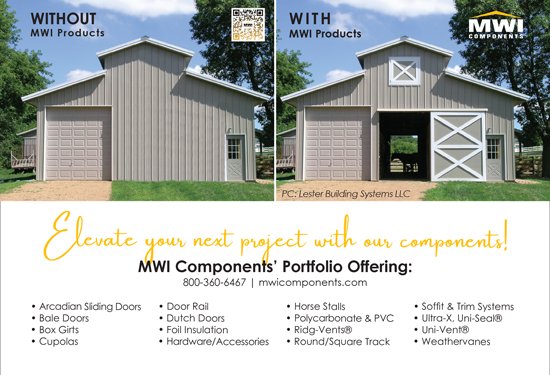 Atwell is on the road more these days, especially being in sales. Last year and even before that “primarily” was an in-office scenario to help out Richland and be even “more valuable,” he says. As the restrictions ease this is changing he notices. “I’m traveling a lot more now; it depends on the day of the week.” The focus for the company and projects remains the posts as well as their reach of product distribution. “Years ago we recognized post decay happens, and we’ve taken on a couple different products that will help you. We also distribute Sturdi-Wall brackets and Post Protector Sleeves.” There are additional products Richland distributes. “A new product we’ve added is manufactured by Post Protector, a skirt board protector. It’s a polyethylene sleeve that slides over your tongue-and-groove skirt board to avoid it rotting out.” FBN