Maze Nails, the specialty nails manufacturer, is celebrating the anniversary of its first land purchase and factory.

In 1922, Hamilton and James Maze, grandsons of Maze Company founder Samuel Nesbit Maze, decided that trying to run a small nail shop in a back shed  at Maze Lumber on Water Street was too difficult due to the frequent floods in the area.

James and Samuel purchased land at the foot of Church Street –  the location of their first of many buildings. The structure was the erected to hold the new “Maze Nail” factory. 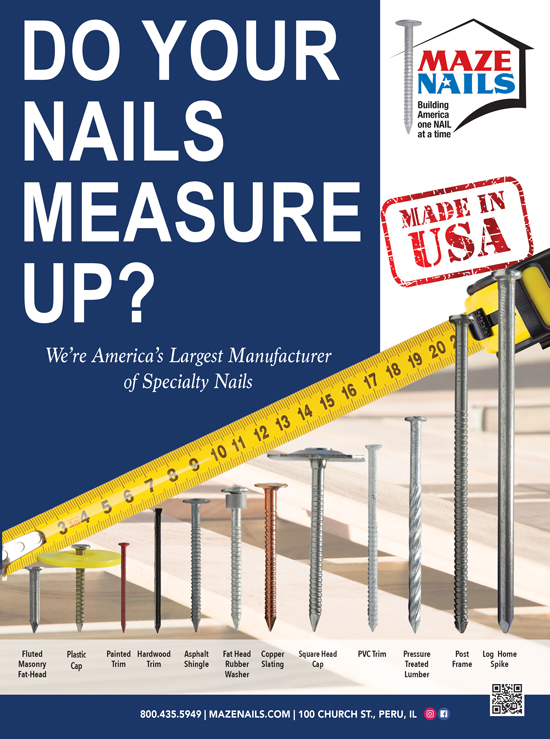 The company made their first nails back in the late 1880s. These were solid zinc nails used to fasten cedar shingles on local homes. (In fact, back then, if you bought your shingles at Maze Lumber they were free!)

Soon, other lumberyards came to Maze,  asking to buy some of their production.  The once-“little” nail machine began running full time and more nail machines were purchased. The rest is history.

“We thank you [all] for your part in it,” says Maze nails.

Nails From A to Z

On the Other Side of Chapter 11